I got the promotion, what now?

I am delighted to introduce Joanna Gaudoin, an expert in the field of Image and Impact and owner of InsideOutImage, as my Guest on my Blog this week.

Corporate life has a continual focus on the next step. What’s the next role? How long do I need to stay in this one before progressing to the next? What do I need to achieve before I can get there?

You could argue, like lots of areas of life we are never wholly in the present. It’s all about the next thing!

There’s an interesting general difference quoted about men and women regarding promotion. Men will typically go for it when they have even just a couple of the stated ‘requirements’. Women typically wait until they believe they meet them all.

What I have found interesting is the women who have been in touch with me who have been promoted and now want to focus on their image and impact.

Exploring why this might be is fascinating. There’s a sense of the promotion being a momentous point in time. Something they have worked towards for a while which has been a real focus in their working life. In a sense, they now feel there’s both the opportunity and justification to invest in themselves – a sense of reward. Perhaps to invest in something they’ve always wanted to do for themselves but never really had a reason to do so. To boost their confidence as they start their new role. There’s the sense that these women want to feel different once in their new role.

Additionally, they want others to perceive a change that is more than just a job title and increased responsibilities. There’s the feeling of relief that they have got to where they have been working towards at work and now the next task starts. They want to communicate themselves differently; it’s almost about emphasising the uniqueness in them. Making a difference in that role and shifting the perception others have of them.

This would suggest a greater sense of uniformity with others prior to the promotion. Interesting when you think about that…Was a certain uniformity of image what was required to get them the promotion (assuming their personal image was adequate!)? Does receiving the promotion present the opportunity to be more themselves?

The external and the internal could be seen in isolation of one another. However, they do also work very much together, they reinforce one another. When we feel good about ourselves, confident in who we are, we have a greater sense of self-worth so we communicate ourselves better. Equally when people respond positively to us as the first step, that helps how we feel inside! Increased confidence and self-worth will almost certainly boost leadership ability in the new role.

So when you are considering your next promotion or indeed when you get your next promotion, don’t just think about the external, think about how you feel inside. What would you like to work on for your own development, to boost your confidence? What would make you a better leader? It might be your personal image or it might be something else. At least, give yourself the time to consider what it might be.

Joanna Gaudoin helps women and organisations achieve professional success by working with them on their image and impact. Prior to establishing Inside Out, Joanna Gaudoin spent nearly 10 years in marketing and consultancy. She now works with women one-to-one, as well as running client events and workshops across all areas of image and impact including networking and online personal image. To sign up for her free ‘Boost Your Personal Impact Guide’ and ‘Your Image for Success Update’, visit: http://insideoutimage.co.uk/personal-impact/

The Secret that will Propel your Business Relationships
08 Apr 2015

This was the question posed during the last panel discussion at the IoD Women in Business Conference on Friday, 7th…

Dress to impress – not just for Christmas

How to bridge the gap in 4 simple steps

Recently I visited Venice with my family and learned so much about this beautiful place during our weekend. Did you… 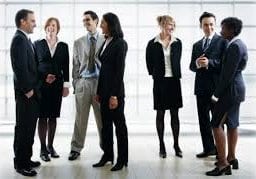 What everyone ought to know about communicating with confidence

Eilidh Milnes, expert in communicating with confidence and public speaker provides insights and advice about what everyone ought to know about…