An unconventional way to develop your leadership brand

Previously I have written about practical ways of being a more effective communicator. Today I hone in on an unconventional way of developing your personal leadership brand.

I want to start by acknowledging one of my clients, Steven (I have changed the name for confidentiality).  Steven sought greater clarity on what he wanted to achieve in this chapter of his work and life. He wanted to develop more passion for the business in which he worked and to be an inspiration to others.

Steven was feeling disengaged, demotivated and somewhat frustrated.  He hated being in limbo and questioned his own level of ambition. He even considered ‘checking out’ and what alternative career options he might pursue. He is a valued employee and his organisation don’t want to lose him.

Steven came to coaching not knowing what to expect and was surprised at what he achieved for himself. Through our coaching Steven has had some amazing results.

He became unstuck and achieved clarity about he wanted and didn’t want from his work and life. He is now re-engaged with his role and is making a bigger contribution to the organisation as a whole. He has a greater sense of self-worth.

Steven increased his impact in his communication based upon his capacity to listen differently. [tweetthis]He now listens to generate the thinking of others.[/tweetthis]

Finally, he is being recognised as an inspirational leader that others want to follow and model their own leadership on.

Listening, in my experience is hugely underrated as a critical skill in leadership. So, together with my good friend Eilidh Milnes, we recorded another podcast to share with you.

Listening in the ways I describe in this podcast is one of the reasons Steven developed his personal leadership brand to such a great effect.  If you prefer to read the transcript, you can do so here.
If you want to achieve the same results as Steven, listen in now.

When we’re busy being inclusive, who are we leaving out?

It’s hard writing about inclusion. How can I do it with any kind of honesty without talking about exclusion. And, of course, exclusion is something that most of us have very little experience of.
We’re learning that we need to do things differently. And as parents, teachers, mentors, coaches, teammates, employers and leaders we have the responsibility – and the power – to create inclusive environments. Many of us are working out what that means for the way we think and behave personally.
Here I share what creating a safe, inclusive space means for me. I offer my thoughts on how we can be truly welcoming by creating environments in which we listen deeply to what others think, feel and want to say.

Identity Part 2: What are we stepping into?

The global pandemic has brought home to us just how complex life really is. The future always was unchartered – but we chose to seek out predictions and forecasts. Now we’ve got to know uncertainty for ourselves. And we’ve learnt that our adaptability helps us live within it and lead others through it.
My invitation to you here is to support yourself, and those you lead, with the shift in identity that uncertainty demands of us. And my challenge to you is to accept that this lifelong quest lies at the heart of our role as leaders.

Are we building common ground, reaching for higher ground or securing the bedrock? We’ve all learned so much this year… 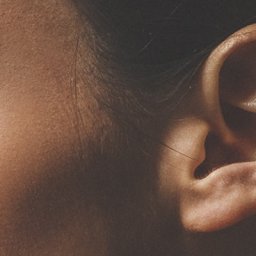 Beyond Vision Part 1: The listening leader

Being a leader is tough. You’re expected to know where your organisation is going, make it happen and deal with…

Making the Leap from Friend to Team Leader

Whether you believe leaders are born or whether they are made, leaders need to persuade and influence others towards achieving… 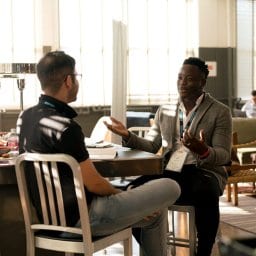 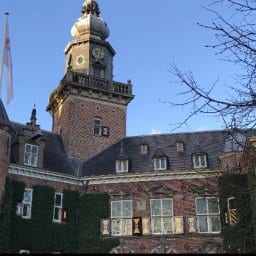 How to make the world a better place, through business- Part One

Recently, together with students, alumni and guests at Nyenrode Business University, the oldest private university in the Netherlands, I was…

Identity Part 1: What are we letting go of?

The challenge of working from home has freed many of us from the social and organisational constraints of the workplace. It’s handed us the responsibility to choose how we do our jobs while fulfilling the other important roles in our lives. And, in the process, it’s shaken up how we see ourselves and our contributions.
My invitation to you here is to support those you lead through this transition, to encourage them to bring more of themselves to their work, wherever they’re working.

Are we ready for what lies ahead?

Where are we in the lifecycle of this pandemic? Is this the end of the beginning, or the beginning of the end? Or half time? And – as our days shorten and shadows lengthen – are we ready for whatever lies ahead?
In this article I want to celebrate the phenomenal flexibility we’ve all mustered over many months. Let’s not take it for granted. Let’s acknowledge it so that we can own this vital capability and continue to adapt in the months ahead.

How to Manage Your Boss after Getting Promoted

Congratulations! You just landed the promotion you dreamed of and worked hard for. You successfully influenced your boss and… 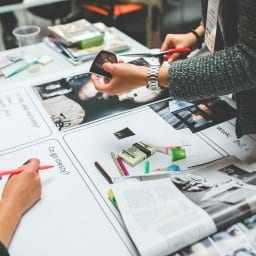 Creativity – not just for special occasions

Previously I have written about creativity and what it takes to discover it in yourself. So now let’s go a little further…. 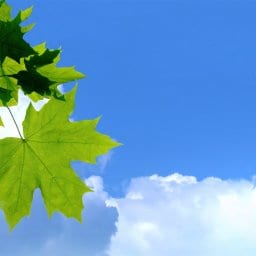 Overcoming the Obstacles of Gaining Clarity at Work

I turned the corner onto the familiar well-trodden path, the fields either side obscured by the tall hedge grow. Although… 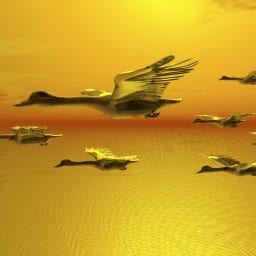 7 Habits of Leading and Living Intentionally

Recently I began working with a new client, Anna (name changed for confidentiality). Anna was successful in her business, had… 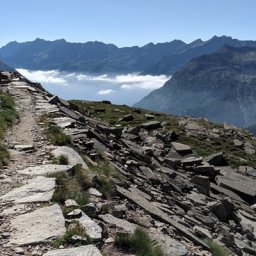 New Year is traditionally a time of reflection and resolve. And perhaps we’re extra aware of our thoughts, emotions and…